Mixing in 5.1 Surround Sound from Stems or Multitracks

Click here to see our new and updated rates and services!

Mastering is the process of having a seasoned professional ear on your music in an acoustically controlled environment.

Located in the Dartmoor National Park in the South West of England, Super Audio Mastering is housed in a spacious granite-walled roundhouse.

The studio is fully equipped to Master your music, both in Stereo and Surround for CD, DVD, Blu-ray, Online Distribution or SACD. 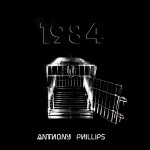 And so it continues, this painstaking and glorious remastering of the Anthony Phillips back catalog, album-by-album, out-take-by-out-take, and all beautifully bolstered with 5.1 mixes that truly rank among that particular art form’s crowning achievements.

… it’s fascinating to slip from the parent album to the bonus-stacked second disc, and catch the piece in an earlier mix – and then leap from that to disc three’s 5.1 mix, which has to be experienced to be believed… 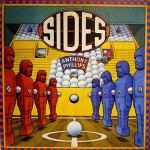 …Superbly packaged, with a craftsman’s care, this four-disc edition has a great 5.1 mix from Simon Heyworth & Andy Miles. Sides remains a great snapshot of Phillips sharpening up, like so many of his peers, in the backwash of punk.